A faltering economic system, negative peer pressure, and family stress give young adults plenty of problems to worry about. But the world’s most successful people don’t worry about their problems; they use problems to make themselves better. This is exactly what philanthropist, author and motivational speaker Yannik McKie has been teaching America’s youth and young adults for nearly a decade!

In his book, Living in the Shadows, Yannik tells the captivating story of how he and his sister became one of the first children in America to lose both their parents to the deadly AIDS disease. Overcoming such adversity has certainly helped Yannik earn his reputation as an expert on overcoming life’s toughest challenges. Yannik used his expertise by founding The McKie Foundation, through which, he mentors, counsels, and donates his time and resources to children who have lost one or both of their parents to critical illness through his signature program, “Taking Care of Home.”

Yannik is an author and vibrant speaker with an extraordinary ability to reach and inspire people of all ages to take action and responsibility in their lives. His amazing story has been featured on numerous media outlets including Fox 5 Morning Show, Good Day Atlanta, New York Daily News, The HuffingtonPost and The Hamptons.

Adversity Creates Purpose
How to become a successful leader by changing your perspective (Look), growing from the problems you face (Learn) and turning your adversity into an advantage (Launch)

Your students will learn:

✓ How to have the proper perspective of adversity

✓ The dangers of sex, drugs, and alcohol

As a result of this talk your students will become more confident and optimistic about their future, resulting in better grades, conduct and more productive and prosperous decision making.

A portion of the proceeds go to supporting children affected by AIDS.

“Author Yannik McKie was an excellent! He was informative and entertaining at the same time! Definitely one of the best speakers we have seen in a while and I look forward to having him back soon!”

“We brought Yannik in to speak to the football team and his talk was about having character, integrity & mental toughness. He is building a new legacy for families daily!” 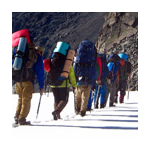 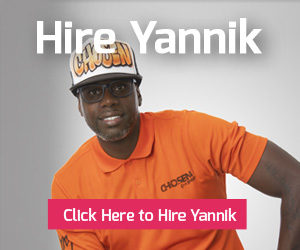 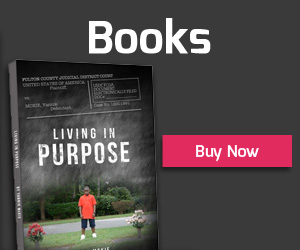